Discussion about any topic, Alien-related or not, takes place in this forum.
Post Reply
60 posts

So... How about that Australian?
Front of Helmet, Louisiana State Flag sticker
Across Shoulders in Black Sharpie, TERMINAL LANCE
Right Shin Guard in Black Sharpie, Your Ass Here and arrow pointing toward boot
On Smartgun in White Chalk, TAKE TWO OF THESE AND CALL ME IN THE MORNING
Top

Wo... Wo... Woooooooow. That's... That's almost as good as that one google where someone searched "White people stealing cars." The correction came up, "Do you mean: 'Black people stealing cars.'" I damn near died.
Front of Helmet, Louisiana State Flag sticker
Across Shoulders in Black Sharpie, TERMINAL LANCE
Right Shin Guard in Black Sharpie, Your Ass Here and arrow pointing toward boot
On Smartgun in White Chalk, TAKE TWO OF THESE AND CALL ME IN THE MORNING
Top

Laws of War for Helicopters

Helicopter tail rotors are naturally drawn toward trees, stumps, rocks, etc.
While it may be possible to ward off this event some of the time, it cannot, despite the best efforts of the crew, always be prevented.
It's just what they do.
The engine RPM and the rotor RPM must BOTH be kept in the GREEN.
Failure to heed this commandment can adversely affect the morale of the crew.
The terms Protective Armor and Helicopter are mutually exclusive.
"Chicken Plates" are not something you order in a restaurant.
The BSR (Bang Stare Red) Law:
The louder the sudden bang in the helicopter, the quicker your eyes will be drawn to the gauges.
Corollary: The longer you stare at the gauges the less time it takes them to move from green to red.
Loud, sudden noises in a helicopter WILL get your undivided attention.
The further you fly into the mountains, the louder the strange engine noises become.
It is a bad thing to run out of airspeed, altitude and ideas all at the same time.
"Pucker Factor" is the formal name of the equation that states the more hairy the situation is, the more of the seat cushion will be sucked up your butt.
It can be expressed in its mathematical formula of:
S (suction) + H (height above ground) + I (interest in staying alive) + T (# of tracers coming your way).
Thus the term 'SHIT!' can also be used to denote a situation where a high Pucker Factor is being encountered.
Running out of pedal, fore or aft cyclic, or collective are all bad ideas.
Any combination of these can be deadly.
All the Laws of War for Helicopters were sent by Jim Kirk with courtesy of CWO4 Larry Gilbert (Ret). his brother-in-law that sent them to him
Helicopters have been described as nothing more than 50,000 parts flying in close formation. It is the mechanics responsibility to keep that formation as tight as possible.
It is mathematically impossible for either hummingbirds, or helicopters to fly. Fortunately, neither are aware of this.
The last two laws were sent by Darrell A. Pierce
LZ's are always hot.

There are 'old' pilots and 'bold' pilots, but there are no 'old, bold' pilots.
Any helicopter pilot story that starts "There I was,...." will be either true or false.
Any of these stories that end with "No shit." was neither true nor false.
The mark of a truly superior pilot is the use of his superior judgment to avoid situations requiring the use of his superior skill
The last three laws were sent by Brad Lucas, CPT, AV USA Ret, and a 1st Gulf War Vet.
Ch-53's are living proof, that if you strap enough engines to something it will fly.


Laws of War for Tanks

The same gun tube that would probably stay in alignment after lifting a car, will get you beaten after calibration if used to assist in climbing on the tank.
Tanks draw fire. A lot of it. It does not behoove the infantryman to hide behind one.
If you're close enough to actually hear an M1 series tank running, while in combat, and not part of the crew, you're too close.


Laws of the Marine Corp

The enemy is always has the advantage.
Heat-seeking missiles don't know the difference between friend and foe.
'Armor' is a fantasy invented by your C.O. to make you feel better.
Afterburners aren't.
Air Brakes don't.
Your cannon will jam in combat, and then when you get back to base there will be nothing wrong with it.
You may have the better plane, but the enemy is the better pilot. (or vise versa)
When getting spare parts for your aircraft, you can get them CHEAP - FAST - IN GOOD CONDITION,
pick two. (This applies to everything)
Your radar will not pick up the enemy behind you or the one in the sun.
If you have got into the sun and are about to ambush the enemy, it will either be a trap or you'll run out of fuel.

Any attempt to find cover will result in failure.
Supply Shipments at night stick out like a sore thumb.
Tanks should never leave the established roads
Established roads are always mined
Operations in daytime will cause the lesser equipped army to win
The effectiveness of a soldier in desert combat is inversely porportional to how heavy his equipment is
Have plenty of water on hand
Helmet written in sharpie: Audaces Fortuna Iuvat
Front of body armor: "Don't Fear the Reaper" with a stylized Grim Reaper beneath the words.
Back of armor: Unfinished Celtic knot.
Top

Well, I thought I would make my own. Everything in here are things I have done, or voiced my opinion about doing only to get briefed about same being a bad idea and not funny. It's hard to imagine that I am still in the military and haven't lost rank.

Things Schmidt can no longer do in Security Forces:

1. Use a patrol vehicle's loudspeaker to Rick-roll security posts.

3. Westboro baptist church members do not count as range qualification.

4. Hide the bottle caps from the aircrew training squadron's alcohol stash when they leave their building unsecure.

5. Use patrol vehicles to "squish" bunnies.

6. Steal magazines out of my flight chief's firearm.

7. Blow up dolls are not a substitution for alphas.

9. "Hi" is not an appropriate response when Control says your callsign over the net.

10. "Okay", "Fine", and "Okie-dokie" are not appropriate responses when ordered to do something over the net.

15. Impersonate other base patrols on the radio.

16. Use camera control system to check out females.

18. Release toads into the building.

22. The Chinese dignitaries do NOT have the takeout I may or may not have ordered.

23. The zombie apocalypse can't get me the night off work.

24. Crop dusting in guardmount is not funny.

26. Refer to officers as "That Motherfucker".

27. Illegal aliens are not "Space Faggots".

29. Use Counter Strike and Call of Duty soundboards to answer calls over the radio.

32. "Punch you in the face" is not a proper response to an instructor's question.

34. Flushing the toilet is not the proper response to a security status check.

37. Falling asleep is not the proper response to a catastrophic alarm failure.

38. Impersonating SNCO's on the radio is NOT allowed.

40. Ask for football game scores over the net.

42. "For the lulz" is not a proper excuse for anything duty related.

43. Tell new troops that the xray machine on post will give them cancer.

44. During urinalysis, I cannot hike my shirt up to my armpits, put my pants around my ankles, and sing "I'm a little tea pot"

46. Bassards are not "arm snuggies"

48. The following songs are not allowed to be sung on post "I'm a barbie girl", "Touch me", or anything by Ke$ha.

49. Make meowing noises on the radio.

51. Yelling "Boner fight!" is not a proper way to end a disagreement.

52. "Kill it with fire" and "Nuke it from orbit" and not proper responses to questions posed by officers.

54. Flirting with attractive Navy junior officers is not allowed while posted, whether you "see your kids in their eyes" or not.

56. Aircrew are not "hipsters"

57. A blow up doll cannot watch your weapon for you.

58. Stop telling witnesses that civilian police are "of the underworld".

59. Challenge aircraft maintenance to "mortal kombat" over use of the hanger snack bar.

I think I'm going to come up with a few of my own.
Front of Helmet, Louisiana State Flag sticker
Across Shoulders in Black Sharpie, TERMINAL LANCE
Right Shin Guard in Black Sharpie, Your Ass Here and arrow pointing toward boot
On Smartgun in White Chalk, TAKE TWO OF THESE AND CALL ME IN THE MORNING
Top 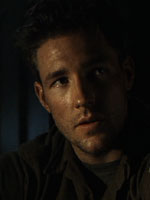 I was listening to this while reading that list.

And I laughed so goddamn hard.
the ghost of harko has possessed my washing machine please send help
Top

I'm glad you all like it. I have gotten yelled at A LOT over this stuff. Good to see it was worth it